You are currently here!SolveigMM Video SplitterThe Importance of Rhythm in Video Editing 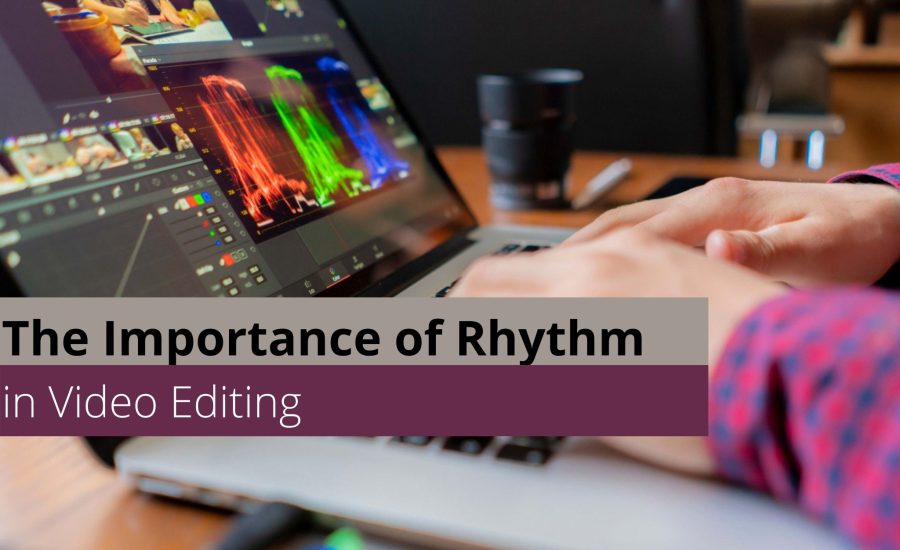 The Importance of Rhythm in Video Editing

Rhythm is often associated with music in the arts. It is effectively used to captivate listeners and create a wonderful song; tempo, measures, and rhythm are essential. The same principles apply to rhythm in movie editing. The pace of a movie significantly affects how engaged the audience is. Too slow is monotonous, while too rapid makes it challenging to relate to the characters or the broader story. The movie’s rhythm is produced by the editor, who also creates the pacing. How therefore does an editor manage the pace of a movie? Let’s examine the responsibilities of a film editor and the profession’s scope in more details, in light of rhythm in video editing.

Why is rhythmic editing so important?

Establishing the flow and proper pace of a movie requires careful consideration of the visual rhythm. Building a visual rhythm and speed is the key to making a difference in your film, so to see whether or not your audience is glued to their seats the whole time they are watching. Prepared and ready for anything that could happen next. Or they may be yawning out of sheer boredom and checking their watch to see when the movie will end. But what does film editing in rhythm mean? Can such an approach be used to make a video faster? And how does the editing stage after production attain rhythm and pace?

What does film rhythm editing mean?

Rhythm editing, often more frequently referred to as rhythmic editing, is a comparison between shots that serves to regulate a movie’s pacing.

Understanding how a shot’s physical length relates to a quantifiable time and serves to build a pattern that the viewer can recognize is the key to creating a visual rhythm that drives the pace of your film from one shot to the next.

Post-production editors may lengthen shots to slow down the pace of a movie. In addition, they might shorten shots to quicken the pace. A film with equal-length shots will often have a constant rhythm to it at the end. Tempo editing apps or rhythm tools are usually employed for the purpose.

Consider rhythm as the pace—or beat—at which a movie moves along, which is influenced by how many and how long the shots are.

The way the images are put together to accomplish the appropriate rhythm or beat, for instance, may influence rhythmic editing in several ways to produce films that are upbeat or sluggish. 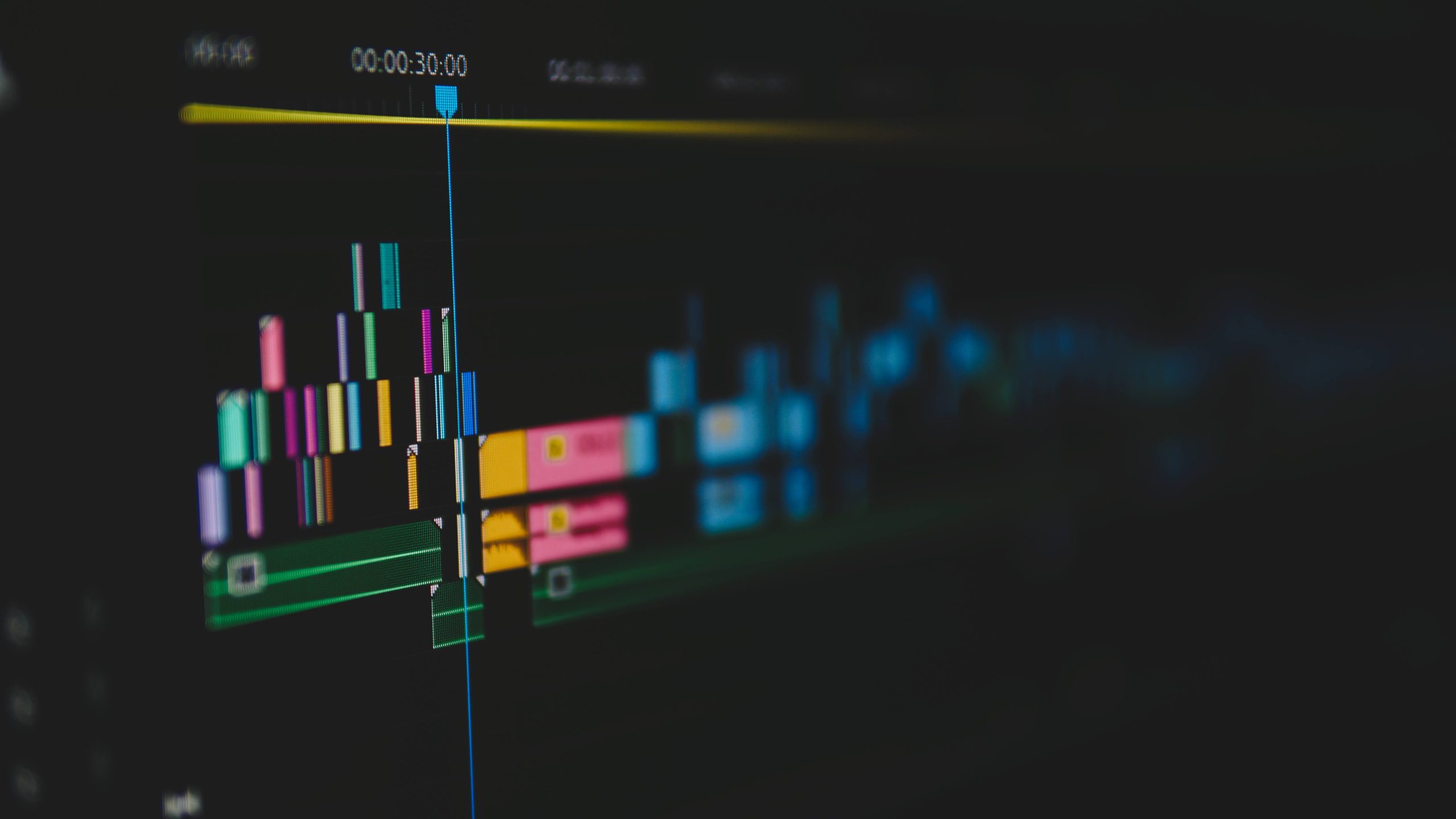 What do film editors do?

The responsibilities and types of video editing styles of a video editor have changed throughout time. When film initially emerged, editing could be accomplished by simply cutting from one scene to the next. The task got much more difficult when filmmakers mastered the close-up, eye-line matching, and insert shots. Yet, thanks to rhythm instruments or tempo editing apps, editors are only expected to possess some extra skills.

Most scenes are recorded using coverage, consisting of images from several viewpoints of the same subject. The editor must now decide the length and sequencing of each shot. The most uncomplicated technique to edit a direct speech sequence is to cut to the person speaking.

But that approach puts conversation first, above everything else. And there are many more chances to elevate that unremarkable scenario to something exceptional.

Let’s discuss other aspects of film editing, including importance of rhythm, now that we know what this sequence is really about.

To generate “back and forth” tension, should we cut between Character A talking and Character B listening? Or what happens if we keep Character B completely in focus for a single shot? Both versions would give the audience a distinct tale while generating wholly different emotions and rhythms.

Let’s explore some more methods and explanations for why rhythm in film editing is so essential to the job of a film editor, setting pace of edit.

Controlling the length of each shot, so to make the video faster, is one of the best methods to influence a movie’s rhythm. The spectator is naturally given an expectation when an average shot duration is established.

For instance, shots in most contemporary movies often last 4-6 seconds. It provides the viewer with a foundation for the film’s neutral speed.

Shortening shots may increase a scene’s impact. Cutting them longer might provide vital relief and tranquility at some points. A film editor’s job is to manipulate the rhythm by departing from this standard during post-production, setting new pace of edit.

The pace of shots, or rhythm editing, is crucial to the overall aesthetic impression of the movie. Music has a rhythm similar to how the beats per minute create the speed. It functions similarly to a musical composition in that the pace at which scenes are presented determines the tempo or rhythm of the movie. Some may find suitable to employ mp4 seed up using tempo editing app.

A film’s speed and rhythm are chosen by the editor, who also understands just when to cut from one shot to another and how to create a compelling video dynamic that gives the viewer just enough time to process the current big event before moving on to the next one. An appropriate choice of relevant tempo video editor also matters.

Support the tone and mood

Not every film’s editing rhythm is as startling as Psycho’s. The rhythm of a movie may sometimes be considerably more subdued yet nonetheless powerful. To succeed in these more nuanced situations, you must cut deliberately, so to change rhythm of video.

It doesn’t imply cutting to the person speaking; instead, it means blending in with the narrative’s feelings. It takes time for emotions to develop. In fact, giving shots room to breathe might make them more successful in stirring up emotions in viewers. 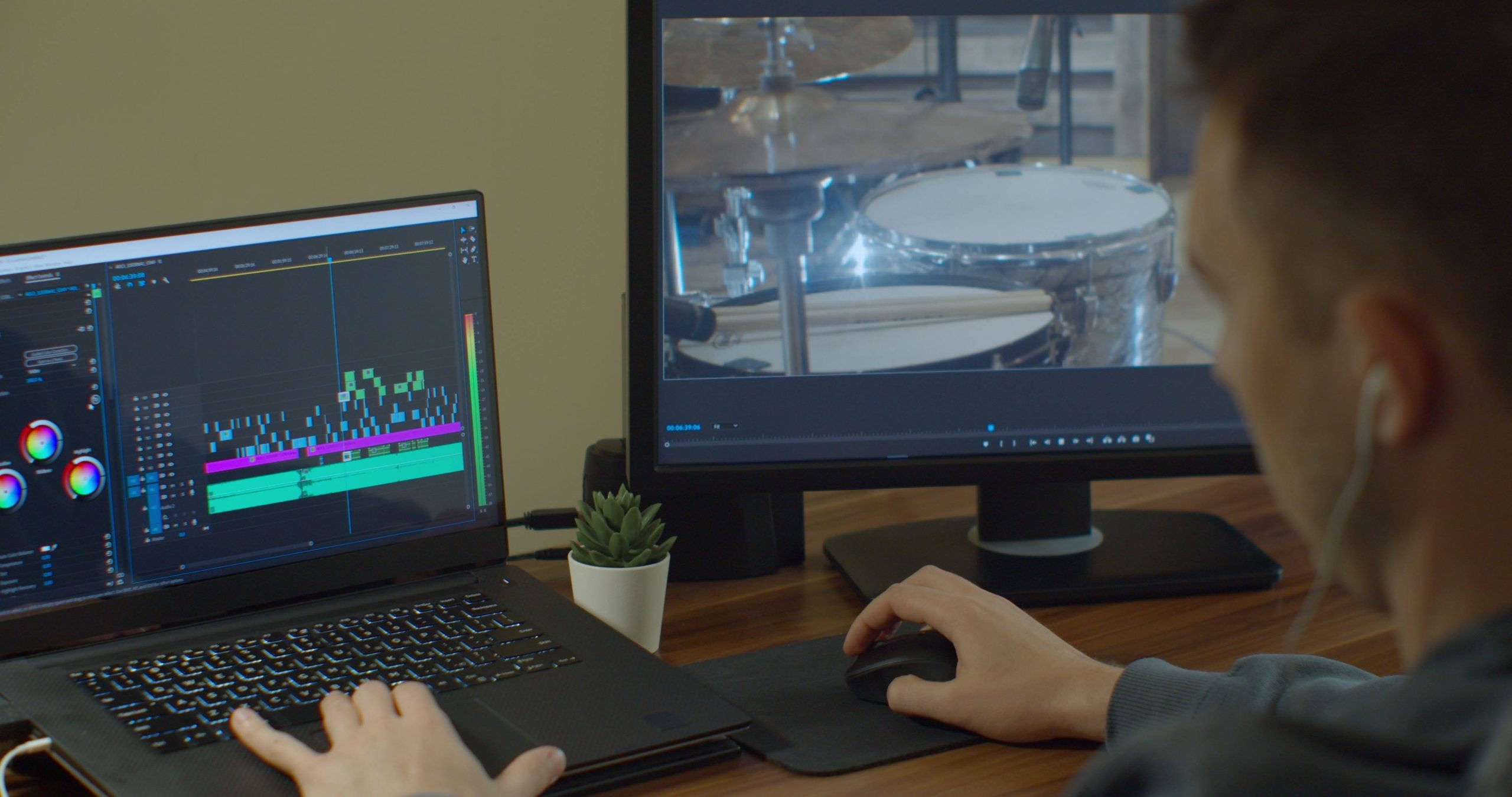 Set up the scene’s tempo

The average shot in There Will Be Blood by Paul Thomas Anderson lasts a remarkable 13.3 seconds. It becomes slower-paced, yet it doesn’t get any less enjoyable. How does this impact the editing rhythm of a movie?

PTA does this by emphasizing the arrangement and movement of the camera in lengthier shots. A shot could be 12 seconds long, but it might really consist of two or three separate frames. As a result, he can develop slower video speed without sacrificing the film’s quality.

Paul Thomas Anderson is hardly the only filmmaker who uses video dynamic compositions to produce captivating longer shots. It may be found in the directorial styles of Martin Scorsese and Stanley Kubrick. You may better understand how the average shot time of a film impacts the rhythm of a film by examining the moments when these auteur directors decide to cut.

Several methods may be used to regulate a film’s rhythm as an editor. Your instinct, though, is the central aspect. When establishing an importance of rhythm in film editing, editors should trust their instincts. And editing more is the only way to hone your judgment.

A wide range of people may now afford excellent video editing tools thanks to a sharp decline in the price of equipment and software in recent years. Those allow you to change the rhythm of a video, make the video faster, speed up mp4, and choose between different editing styles, setting the new pace of video editing and resulting in excellent video dynamics.

The talent required for editing is still something that must be learned via practice, even though technologies have gotten more affordable and user-friendly. What really distinguishes a skilled editor is having a grasp of editing aesthetics, using rhythm tools and tempo endings apps the way one uses weights in a gym. SolveigMM Video Splitter would be a good choice for both professionals and amateurs, setting the right rhythm in video editing and effectively playing the tempo video maker role. 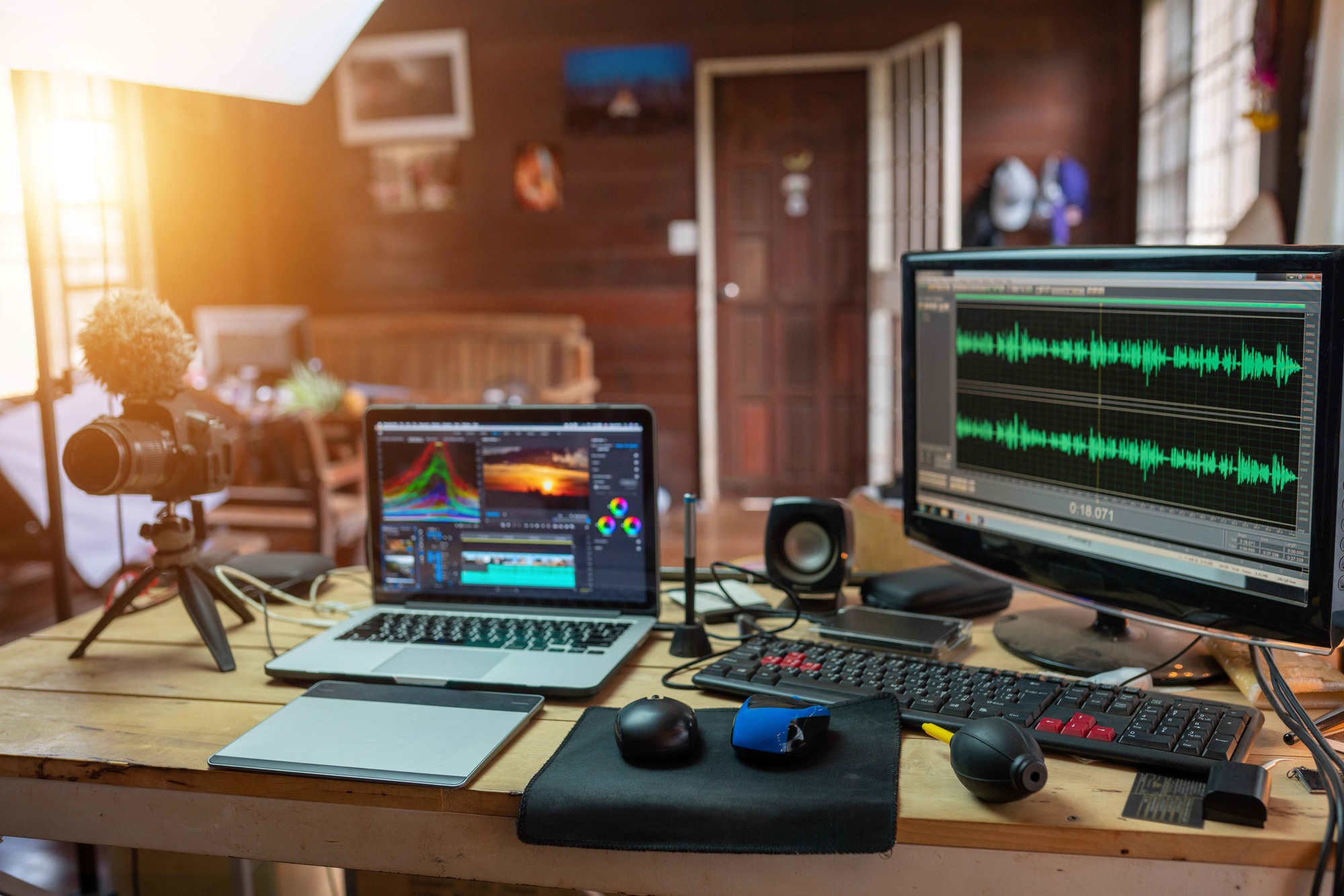 So what does film rhythm editing mean? It’s the method of using scenes and shots in a movie where each shot or scene has a time limit and is shown for exactly the perfect length of time to keep the viewer interested and engaged.

A film’s speed and flow are guaranteed by rhythm editing, which provides a recognizable pattern that creates a measured pacing from scene to scene throughout the tale.

Receive information about new version, special offers and sales. Promise to be nice 😉

Recommended articles from this category

05.07.2022 No Comments
It wouldn’t come as a surprise to state that video editing is a matter of vogue these days. That is to say of its ever-rising popularity among amateurs, beginners, and newbies being able to stand against industry professionals. The reason for this is pretty much simple, a vast amount of relatively easy-to-use and easy-to-learn video […]

02.07.2022 No Comments
The world is genuinely overloaded with all kinds of software these days, so that choosing the best video editing software for mac isn’t easy, really. In fact, it may turn to be a great deal of hustle in case you are not much familiar with products available on the market, nor sure of features you need and […]

29.06.2022 No Comments
Some may say that market is genuinely overwhelmed with free of charge and relatively expensive video editors for pc, making it very challenging to stand out of the crowd for an excellent piece of software. Yet, the medal has two sides to suggest the very difficulty faced by users, regardless of being a beginner or professional, […]